Don’t get me wrong — I love spending time in my kitchen. But, every once and a while I want an easy and simple-to-make recipe.

That’s why I love whipping up desserts like my 3 ingredient pumpkin pie muffins or this 3 ingredient banana pudding.

And if I’m in the mood for something savory, this 5 ingredient hashbrown casserole or this 4 ingredient potato soup are my go-to’s.

Recently, I’ve had quite a bit of a sweet tooth, which is why I wanted to come up with a minimal ingredient sweet treat. Introducing, my recipe for apple pie with cinnamon roll crust!

All you’ll need are 2 cans of cinnamon rolls and 2 cans of apple pie filling. Seriously — it doesn’t get easier than this.

That’s the base, but if you’re feeling ambitious, you could also make your own homemade apple pie filling.

The choice is yours. It’s the perfect shortcut for apple pie when you’re short on time — or if you don’t want to run to the store to stock up on extra ingredients!

Are you ready to fill your house with the most delicious aromas?

STEP ONE: Preheat your oven to 350 degrees F. Make sure to grease your pie pan with a nonstick baking spray so that the cinnamon roll pie crust doesn’t stick.

STEP TWO: Roll out each cinnamon roll. You want them to be no thicker than ⅛ of an inch, which is about the size of your palm in diameter for reference. Line the bottom of your pie pan with the cinnamon rolls. Now, pinch the seams together so that it forms one large crust.

STEP THREE: Spread the apple pie filling over the crust in an even layer, and top it with the remaining cinnamon rolls. Again, pinch the seams to seal the filling. Cover with aluminum foil and bake for 30 minutes.

What Can Be Made From Cinnamon Roll Dough?

You may be used to serving up cinnamon rolls from a can for an easy breakfast, but did you know that you can use them for so much more?!

For starters, there’s this apple pie with cinnamon roll crust recipe. You should also try using them to make waffles and apple crisps, or you could even stuff them — I love adding bacon for a little sweet and savory action.

Can I Use Homemade Apple Pie Filling Instead?

Yes! I even made my own Cinnamon Roll Apple Pie Filling recipe to add to this recipe when I have some extra time for baking.

Do You Bake Pie Crust Before Filling?

You should when making a traditional apple pie with a traditional crust. That said, you don’t have to for my version! That’s another reason why it’s so easy to make.

All you need to do is roll out those cinnamon rolls, add in the filling, top it off, and you’re done!

What Is Cinnamon Roll Glaze Made Of?

If you run out of the glaze that comes with the cinnamon rolls, or if you simply want more of it, the recipe is super easy to throw together.

All you’ll need is powdered sugar, butter, milk, and vanilla. Melt the butter, then mix with the other ingredients to incorporate and you’ve got yourself a homemade glaze.

Does Cinnamon Roll Apple Pie Need To Be Refrigerated?

If you’re not a huge fan of chilled apple pie, make sure to wrap any leftovers in plastic wrap before you leave it on the counter. It will keep for 2 days at room temperature.

If you still have some left after 2 days, you should place it in the fridge, where it will last for 4 more days. 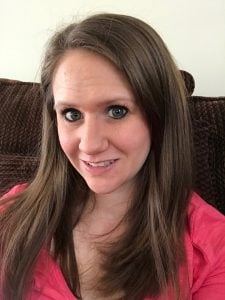 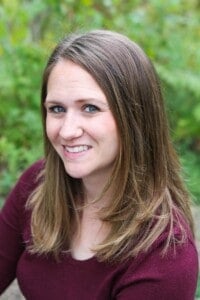