This post may contain affiliate links. If you click on a link and make a purchase, I may receive a small commission at no extra cost to you. For more information, please read my disclaimer here.

Need to make a last-minute holiday meal or special dinner? Throw a frozen ham in the Instant Pot with a brown sugar glaze and you’ll have a show-stopping main dish in no time!

Need to make a last-minute holiday meal or special dinner that will still impress friends and family? No worries — just throw a frozen ham in the Instant Pot, add a 2-ingredient brown sugar glaze (no pineapple needed!), and you’ll have a show-stopping dish in no time!

The glaze makes the outside of the ham wonderfully sweet while the inside cooks to tender, savory perfection. It’s so delicious, no one would ever guess the hands-on prep time only took about five minutes.

This recipe is an absolute lifesaver when plans change or if you know you’re going to be running around all day and won’t have hours to spend in the kitchen making dinner. You don’t even need to thaw the ham in advance! It seriously couldn’t be easier.

I made this recipe using my Instant Pot 6-Quart Duo Nova. It’s the perfect size for my family of four and makes releasing the steam so much easier than the standard Instant Pot.

How to Make Frozen Ham in the Instant Pot

STEP ONE: Place a trivet in the inner pot of your Instant Pot. Add 1½ cups of water to the pot

STEP TWO: Place the frozen ham on a large sheet of heavy-duty aluminum foil. Drizzle with melted butter, then sprinkle with brown sugar, pressing it against the ham to help it stick.

STEP THREE: Fold up the sides of the foil, forming it around the ham. Set the foil-wrapped ham on the trivet.

STEP FOUR: Secure and seal the lid, then cook on Manual High Pressure for 35 minutes. Once the cooking time is up, allow for a full Natural Release.

Check the internal temperature of the ham with an Instant-Read Thermometer to ensure it is 145 degrees in the middle. If it is still too low, place the ham back in the Instant Pot and bring to pressure for another 5 minutes.

STEP FIVE: Let the ham rest for at least 10 minutes before serving.

How to Store Leftover Ham Made in the Instant Pot

Cooked spiral ham should be stored in an airtight container or plastic zipper-top bag.

It will keep in the refrigerator for up to five days or the freezer for about two months.

I love to dice it up and make Crockpot Ham and Cabbage with the leftovers. It’s delicious!

How Long is Frozen Ham Good For?

Technically, you can keep ham in the freezer for years and it will still be safe to eat. The main reason you want to eat it sooner is that the taste and quality will go down over time.

Ideally, a frozen spiral ham should be cooked and eaten within three to four months. This will ensure you get the best taste!

How to Remove Ham from Your Instant Pot Easier

Your ham will probably take up a lot of room in your Instant Pot, so you may be wondering how to get it out. There may not be enough space to reach inside while wearing oven mitts!

In that case, I’d recommend placing a foil sling on top of the trivet, then setting the foil-wrapped ham on top. That way, you can easily pull it out once it’s done.

Just fold heavy-duty aluminum foil into a rectangular slip, then bend the ends to use as handles. Make sure the sling is thick enough that it won’t rip under the weight of the ham.

How to Crisp Up Your Ham After Cooking It

Want to add a little crust to the outside of your ham? No problem!

After you let the ham rest, take it out of the tin foil and place it in the air fryer at just a few minutes at 400 degrees F. You could also broil it in the oven until it hits the crispiness of your liking!

Can You Cook Fresh Ham in the Instant Pot?

You bet! Of course, fresh ham will cook much faster than frozen ham. I recommend factoring in about 2 minutes of cook time per pound of meat.

Do Spiral Hams Need to Be Cooked?

Spiral hams are almost always pre-cooked. Just make sure you check the package to confirm.

So we’re not really “cooking” it in the Instant Pot. Rather, we’re making sure it’s fully warmed through so we can enjoy hot, juicy brown-sugar ham!

How Long Do You Need to Cook Frozen Ham in the Instant Pot?

I recommend cooking frozen ham in the electric pressure cooker at high pressure for 35 minutes.

However, keep in mind that it will take more time than that because the Instant Pot has to come to pressure first, then naturally release after.

* if the ham isn't 145 degrees once cooking is done, place back in the Instant Pot and cook for another 5 minutes. 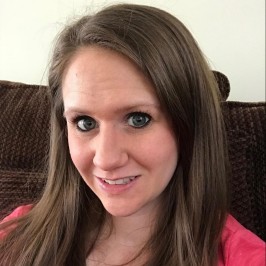